Shelley has over 15 years’ experience assisting clients with a range of family law matters, including divorce, property settlements and disputes, children’s issues, consent orders and other parenting matters.

Shelley has taken the time to answer some frequently-asked questions and provides a concise summary of what is required to resolve the issue at hand.

Question: What Do I Do If My Marriage Certificate Is Not Recognised In Australia?

My husband and I were married in Vanuatu 15 years ago. At a time when there was no Google. When I got back, I used our marriage certificate to change my name on everything to my married name. A few years later, when I went to change my passport I wasn’t able to as they would only accept a change of name form and didn’t recognise our Vanuatu marriage certificate.

I am not able to complete an official change of name as I now don’t have enough ID in my maiden name. We thought one way around this as I need less ID is to get married in Australia however all of the marriage celebrants say we are unable to do this as we have already been married. We looked into it further and we are unsure whether or not our marriage was official in Vanuatu or how we go about finding out. My question is if we do get married in Australia and our Vanuatu wedding was legal what would be the repercussions?

How else am I possibly able to change my name officially and on my passport?

Answer: In order to answer your query you need to consider firstly whether your marriage which took place in Vanuatu 15 years ago is valid in Australia. The Marriage Act 1961 (Qld) provides that if a marriage is valid under the rules of the country where it took place, then it is usually recognised as valid in Australia. There are exceptions to this general rule i.e. both parties must be at least eighteen at the date of the marriage and not married to another person at the time.

If your marriage in Vanuatu is valid, and it would seem likely that it is, you cannot marry in Australia as you are already legally married. If you did so you would be guilty of an offence (bigamy) that carries a maximum penalty of five years imprisonment.

Question: What Do I Need To Re-establish Contact With My Child?

Parties were in a relationship for approximately 10 years and have one child together. The mother stole a large sum of money from the father whilst he was in prison for a few months after being charged with something that he shouldn’t have been charged with (basically a case of wrong place wrong time and being too trusting of a former tenant to a property he owned and rented out, but won’t go into details as not really relevant). So basically the mother was meant to pay a large sum of money to his lawyers to help defend his charges and imprisonment. He had given the mother access to this money for his legal fees. She pretended she was doing this but instead just absconded with their daughter. Child was about 8 years old at the time and had always had a very close relationship with her father. He had cared for her whilst the mother worked as he was semi-retired and had several investment properties which he managed.

The mother then immediately placed a domestic violence order on him (even though he had never threatened her, and had no idea where she was even or how to contact her. Most likely a tactic just to thwart any attempted contact between their child and her father). He has had no contact with the mother or child since the mother just up and left. The DVO has since expired and has not been renewed.

The father misses his daughter immensely and would love nothing more than to have some form of contact with her. Obviously it’s going to be extremely hard to mediate the matter as he has no idea where she is. It’s been about 3-4 years now since he’s had any contact with either the child or mother. He’s hoping to be able to file for a location order but has no clue how to go about this. From what I’ve read, it seems to me that a location order is only for when there are current parenting orders.

There’s no orders in place so am I correct in thinking it would be a commonwealth information order he needs to apply for? I’ve found it difficult to find information on this as it seems to tie in a lot with a recovery order? As it’s been quite some time since he’s seen his daughter he’s not wanting a recovery order as they are no doubt settled wherever they are. He’s just wanting the courts to be provided with her address details for service or an application for contact with his daughter.

So my questions are as follows:

Answer: It is a great shame for a child to grow up without a parent, particularly in a situation where that parent dearly wants to see the child. The Family Law Act 1975 (“the Act“) clearly states that it is in the best interests of children to have both of their parents involved in their lives in a meaningful way.

This is a general proposition of law and can be rebutted if there are compelling reasons why it should not apply.

In terms of finding the child, you are correct in saying that a location order would be appropriate. You mention that there are currently no court orders in place. The only way you can obtain a location order is by filing an initiating application with the court and seeking such an order on an interim basis. What this means in plain English is that you would have to file proceedings in which you ask the court to make a location order. This is an order under s67N of the Act which directs Centrelink (or a named Commonwealth Agency) to provide the address of the child to the court. Once this has been achieved, and the mother served with the father’s application, he could seek further orders aimed at rebuilding his relationship with his child.

You are correct when you say that a recovery order is not appropriate in this situation and it is unlikely that an application for such an order would be granted.

This is a difficult area and for such an application to succeed, the father would need to comply strictly with the provisions of the Act. I would recommend that he gets legal assistance with such an application as it may be the only way that he is able to achieve his goal of rebuilding his relationship with his child.

How We Can Help

Quinn & Scattini Lawyers’ expert Family Law Team can assess your individual situation in accordance with the Act, provide expert guidance in negotiations with your former partner, offer practical and experienced advice if appearing before the court is unavoidable, and provide you with the best possible representation if court-ordered agreements are required.

Get the best representation. Contact Quinn & Scattini Lawyers’ experienced family lawyers on 1800 999 529, email mail@rmolaw.com.au or submit an enquiry below.

We are available to meet with you at any of our local offices (Brisbane, Gold Coast, Beenleigh, Cleveland and Jimboomba) or by telephone or video-conference.

This article is for your information and interest only. It is not intended to be comprehensive, and it does not constitute and must not be relied on as legal advice. You must seek specific advice tailored to your circumstances. 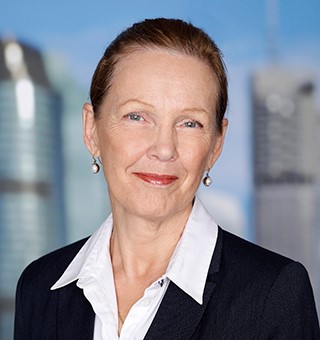