Since the Family Law Act 1975 (Cth) (The Act) came into effect the courts have struggled to cater for the diverse and subjective factual situations that are inherent in each marital dispute after separation. There has always been some difficulty in applying a Legal framework to a set of facts which has evolved over the length of a relationship. The Law in general, as it developed is based on an adversarial system and applied to seek out the facts and determine a fair resolution. “Innocent until proven guilty” is a well-worn and fundamental principle and remains a solid foundation of our Legal System.

Our principles of law are based on legislation by Parliament and interpretation (of that legislation) by the courts. The Family Law Act and its various iterations has constantly sought to merge the principles of law with the disparate circumstances of a marriage. Further, the premise of resolving the dispute by balancing the arguments of both parties and making a determination is fundamentally challenged by the multiple issues that are brought to the court by the embattled parties that have resolved to end the “partnership” (marriage or defacto) and don’t agree how to distribute the accumulated assets. Domestic violence is an issue. The welfare and future care of children is a major issue. Each can influence other aspects in dispute such as financial needs going forward.

The consensus with regard to the practice of Family Law is that it is a work in progress. The overwhelming consensus is that the Practice (not the Principles) of law is flawed when each side take an adversarial approach. Throwing petrol on to a fire is a fair analogy. When the welfare of children become part of the dispute or in fact are the dispute logic and balance are often the first casualties.

It became clear that a more consensual and collaborative method (guided where necessary by Judicial discretion) was necessary. Family Law has evolved as a consequence with an emphasis on Alternative Dispute Resolution such as Mediation, Conciliation and Arbitration to resolve the matter.

Further, the costs of litigation where a Lawyer is instructed and the necessary provision of infrastructure to accommodate a court process (Court buildings, Judicial Officers, Support staff etc.) became overwhelming. Government funding and the adequate provision of Judges and other judicial support has always been an issue.

Dispute Resolution (instead of court) has been given a greater emphasis. There is an increased focus on identification of specific issues, assessment of risk and early determination of matters before the court, by:

• Improving early risk identification and safety of children and vulnerable parties;
• Encouraging smarter ways to separate with less acrimony, less cost and more dispute resolution, where it is safe to do so;
• Expecting compliance with court orders;
• Enhancing national access to justice for vulnerable parties and regional communities through the use of technology, and
• Aiming to resolve up to 90 per cent of cases within 12 months.

The Central Practice Direction is extensive and intended as a definitive outline to the parties as well as practitioners as to how a matter is to be prepared and progressed through the Family Court. There are ten core principles which expand on the bullet points above:

To prioritise the safety of children, the vulnerable and litigants. The purpose is to essentially identify risk at the outset and manage going forward.

Parties’, lawyers’ and the Court’s obligations and overarching purpose

Essentially all parties are mandated to resolve disputes as quickly and as cost effective as possible. The welfare of children will always be a priority.

Efficient and effective use of resources

This relates to the proper and efficient allocation of resources.

Management of cases by the court is highlighted, including assessment of risk and the emphasis on Alternate Dispute Resolution to reach agreement in appropriate cases.

This has been a major problem and the emphasis on enforcement of practice directions intended to progress matters is a welcome requirement.

This core principle outlines the requirement for parties and their Lawyers to take a sensible approach and endeavour to minimise the time and associated costs of resolution.

Identifying and narrowing issues in dispute

This is an important principle and clearly designed to accommodate most core principles identified by the Practice Direction, in particular:

– All parties must provide full and frank disclosure to assist in efficient resolution of matters before the court or the subject of dispute resolution.
– Interim Applications should only be brought before the court if they can be justified and there is no alternative to resolve the issue in dispute
– All matters that can be resolved through negotiation must be dealt with accordingly
– If required, a single independent expert or assessor should be engaged to resolve specific issues or values (property) in contention
– Parties who act unreasonably or do not cooperate must be made aware that costs may flow as a consequence of their actions or failure to act.

Parties and their Lawyers are to be fully prepared for a court event and cost consequences may flow if they are not so prepared. Parties must provide the court with an outline of issues in dispute and a time estimate.

Efficient and timely disposition of cases

The court has determined to act promptly in hearing a matter and providing judgement in an efficient and timely manner.

Time will tell whether the new rules and Practice Direction are successful in streamlining the court process where matter cannot be resolved informally and a judicial decision is required. Considerable emphasis has been placed on Legal Practitioners to be proactive when representing their client by complying with the strict requirements of the court. More compliance and procedural task are required so as to accommodate the court and reduce the workload of Judicial Officers and the court administration. Ongoing compliance with the Central Practice Direction and the Family Law Rules at each juncture of the process of negotiation and preparation is required.

It has been made clear that the court will look to the practitioner as well as the party to ensure compliance and costs may be awarded where it is determined that the practitioner or party has not acted in a manner conducive to an efficient resolution of matters in dispute. The court also has an onus to process matters efficiently and to ensure compliance for that purpose. Clearly the success or otherwise of the Central Practice Direction will require adherence by all participants – The Courts, the Practitioners and the individual party to the proceedings. 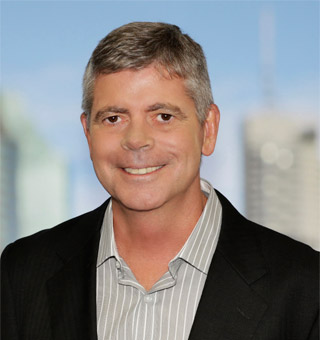