However it is not impossible, and recently Ryan Murdoch O’Regan Lawyers obtained another successful decision from the Supreme Court of Queensland which overturned the registered owner’s sole ownership of a house that the deceased had transferred to the defendant as a joint tenant.

The ownership of land as joint tenants is quite common and means that upon the death of one of the joint tenants, the ownership of the land automatically transfers to the surviving owner subject to the required forms being filed at the Land Titles Office.

The case against the defendant was helped by the fact that at the time the transfer was signed, the defendant was the deceased’s power of attorney and the law in Queensland states that if property is transferred to an attorney whilst they are the current enduring power of attorney, then there is a presumption that the attorney has exercised undue influence to cause the transfer the property to the attorney. There is the opportunity for the attorney to overturn that presumption against them but the defendant was not able to do so in this case and the court held that the defendant held the house on trust for the deceased’s estate which enabled the other two children to receive a share of the house by a second court case known as an application for further provision from an estate.

The conduct of the case took over 2 years and was subject to 2 ½ days of trial with numerous witness being called to give evidence about their knowledge of the health of the deceased person and the character of the defendant. The cost involved was over $300,000.

It often comes as a surprise to children of the deceased that someone close to them has caused the transfer of a house just into their own name and unfortunately it is not discovered until a title search is done after the deceased’s death. It is easier to try and overturn an improper transfer when the original land owner is still alive as their evidence is readily available. A current title search can be obtained quickly for less than $30.00.

As mentioned at the beginning of this article, while it is a difficult task to remove a registered owner from a certificate of title, it is not impossible and Ryan Murdoch O’Regan Lawyers has the experience in conducting these type of claims. 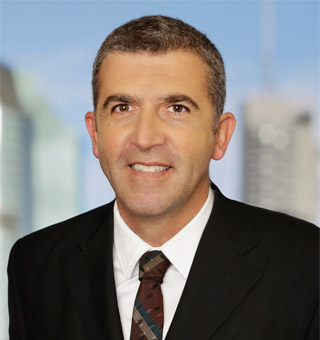