This article will address the Court’s approach in matrimonial property settlements where a party to a relationship is in receipt of a Total and Permanent Disability payment.

At the outset, it is important to understand that assets and liabilities will not simply be divided equally in the event of separation. There are many and varied factors taken into account in the overall assessment which will differ for each couple and their circumstances. Those factors include financial contributions at the outset of the relationship, financial, non-financial and homemaker and parent contributions during the relationship, and future needs factors such as responsibility for the care of children or others, income, and health.

TPD payments fall into the category of a financial contributions during the relationship, or post separation depending on when the sum was received, and the income and health factor of a parties’ future need.

TPD payments are categorised as “property” or a “financial resource” for family law purposes. Which approach the Court’s adopt depends largely on when the sum was received.

Couples entering into negotiations for property settlement need to therefore consider the following:

1. Was the payment received during the relationship?

The Courts are likely to consider the sum as part of the asset pool, albeit in a “separate pool” to the rest of the couples’ joint and several assets and liabilities. In contrast, if the payment was received post separation, the Court is instead likely to not consider the sum part of the parties’ asset pool for, even in a separate pool, but instead a financial resource.

In the matter of Beckett v Beckett the father suffered a Total and Permanent Disability and received a claim of $880,878. The father’s claim arose as a result of a psychiatric injury that occurred as a result of his employment.

Judge Altobelli found that “the funds in questions were clearly intended to compensate the Father for his future economic loss in circumstances where the medical evidence suggests he will not work again. To suggest, in those circumstances, that [the wife’s] contribution to this fund is no different, for example, to her contribution to the acquisition of the former matrimonial home, is plainly incorrect.

The Court created a separate pool to deal with the TPD funds called the TPD Pool.

Counsel for the mother submitted that considerable hardship experienced by the mother as a result of the Father’s conduct, being a manifestation of his psychiatric injury, was self-evident in the material. She deposes at length to what both she, and the children, experienced in their lives as a result of the psychiatric injury that the father suffered.

Judge Altobelli continues, “Moreover, in the same way as a spouse is deemed to contribute to the superannuation entitlements of his or her spouse during cohabitation (in the normal course) it is contended that the same should apply so far as the TPD benefits received… The Court accepts therefore that the Mother did make an indirect contribution to the TPD fund. To give her contribution too much weight, conversely, undermines the fundamental purpose of the TPD fund, which is to compensate him for his economic loss. Indeed, to give the mother too great an adjustment based on her indirect contribution would merely increase the s75(2) considerations in the Father’s favour.”

The Court therefore calculated the mother’s contribution to the TPD fund at 15%.

2. Was the payment received after separation?

In Irving v Parkes [2015] FCCA 3049 the wife received a TPD payment totalling $620,000 and it is her uncontroverted evidence their purpose was to compensate her for the loss of future earnings. The payments having been made more than 12 months after separation, Judge Small “did not consider them to be part of the parties’ assets for the purpose of these proceedings.” Instead, a financial resource.

A financial resource is not a sum that can be split to the other spouse when effecting a settlement, however, it will be taken into account in calculating the division of the remaining property. The financial resource impacts upon the division of the remaining assets as the party with the resource has financial support available to them for their future needs. Other examples of a financial resource include an overseas pension such as the United Kingdom retirement pension or the United States 401k retirement scheme, as well as anticipated inheritances where the person is deceased but their estate not yet administered, and long service leave.

3. Did the other spouse indirectly contribute to the TPD payment?

The Courts have taken into account indirect contributions by the other spouse when assessing entitlement to a TPD payment. This includes contribution towards premiums from joint or matrimonial funds, support or encouragement in setting up the policy, and personal and health support of the recipient following their injury or illness which triggered the payment. This includes personal care requirements, a heavier burden on parenting children, facilitating medications and medical appointments, and even being subjected to forms of domestic violence perpetrated by the recipient which may have been brought on by their illness or injury rendering the duties and contributions by the spouse even more arduous. While these factors are relevant, they are taken into account in a minor way, and will not be considered an equal contribution to the payment.

In the matter of Martell v Allard [2012] FAMCAFAM 326 the parties shared a 20 years marriage. 3 years prior to separation the wife received $295,000 representing the proceeds of her TPD policy. As is the case with TPD policies, this sum was to compensate her for future economic loss given her inability to return to the work force. However, the contention of the husband was his contribution to the payment in their joint payment of the premiums and mutual agreement that the policy be taken out in the first place. The husband’s contribution was not considered significant.

It is important to seek timely legal advice from an experienced family law practitioner if you are experiencing or expect to experience a separation.

To speak to one of our experienced family lawyers 1800 999 529, email mail@rmolaw.com.au or submit an enquiry below. 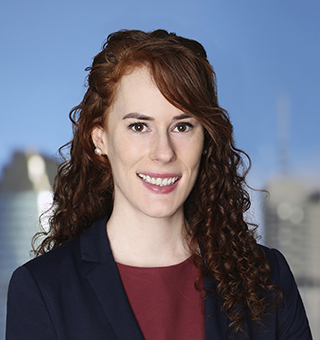